Brittingham up for honor as Best Real Estate Agent in Wicomico, Worcester and Sussex counties

Long & Foster Real Estate, the largest independent family-owned residential real estate company in the United States, is pleased to announce that Brandon Brittingham has been nominated as the Best Real Estate Agent in Wicomico, Worcester and Sussex counties as part of Coastal Style Magazine‘s Best of 2015 awards. Voting for the awards will run through June 30, and you can vote for Brittingham at www.coastalstylemag.com/best-of-coastal-style-ballot.

“Being nominated as the Best Real Estate Agent by Coastal Style Magazine and its readers is such a tremendous honor for me, and I’m so grateful that the members of the community recognize my commitment to helping them achieve their real estate goals and nominated me, among so many worthy competitors, for this achievement,” said Brittingham. “I promise to continue providing home buyers, sellers and vacationers in the area with the exceptional customer service and support that helped me to earn this nomination.” 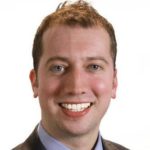 The past year has brought many career achievements for Brittingham, who entered the real estate industry a little more than five years ago. In August 2014, he was named as the Realtor of the Year by the Coastal Association of Realtors (CAR). He and his real estate team also ranked as one of the top real estate groups in the country for their 2013 production, according to the Real Trends’ The Thousand list. Brittingham’s team also earned recognition as one of America’s Best Real Estate Agents by Real Trends. In the state of Maryland, they placed eighth for units and 44th for sales volume, based on 2013 figures. Additionally, Brittingham’s team joined forces with Team Gardiner of Frederick, Md., in May to become The Maryland Group of Long & Foster.

The new Maryland Group combines the talents of more than a dozen top-producing agents from both sides of the Chesapeake Bay and serves residential and commercial clients throughout the state. Brittingham, who leads The Maryland Group’s associates on the Delmarva Peninsula, continues to support home buyers and sellers with all their residential and commercial sales, as well as investment properties. He also has a wealth of expertise in short sales and foreclosures, as well as real estate owned (REO) properties.

A member of the Coastal Association of Realtors, the Prince George’s County Association of Realtors and the Maryland Association of Realtors, Brittingham also is an active member of his community. He frequently leads courses educating individuals on homeownership, as well as foreclosure and short sale prevention. Additionally, Brittingham sponsored a scholarship program for three local high school students this past year, and he intends to give away additional scholarships in 2015. He is active in the City of Salisbury, volunteering with the downtown revitalization task force and serving as chairman of the city’s foreclosure task force.

“Brandon’s dedication to his clients and his community is second to none, and it’s that commitment, as well as his exceptional customer service and real estate expertise, that helped him to earn this nomination,” said Gary Scott, president of Long & Foster Real Estate. “Our company has a reputation of honesty, integrity and best-in-class customer service that spans over 45 years, and the talent of professionals like Brandon is why we remain the top real estate company in the Mid-Atlantic.”

The 2015 Best Of awards will be published in the September/October issue of Coastal Style Magazine and will be posted on the magazine’s website around that time. The publication also will celebrate its Best Of winners on Sept. 25 at the Seacrets in Ocean City, Md. Tickets to the party can be purchased here.