Several neighborhoods saw a spike in homes sold with Penn Quarter and Shaw seeing an increase of 53 percent, followed by Chevy Chase DC with a 44 percent jump. Inventory also increased throughout most of the region, with Columbia Heights and Mt. Pleasant exhibiting the highest increase at 38 percent, while Chevy Chase DC saw a decline of 38 percent. 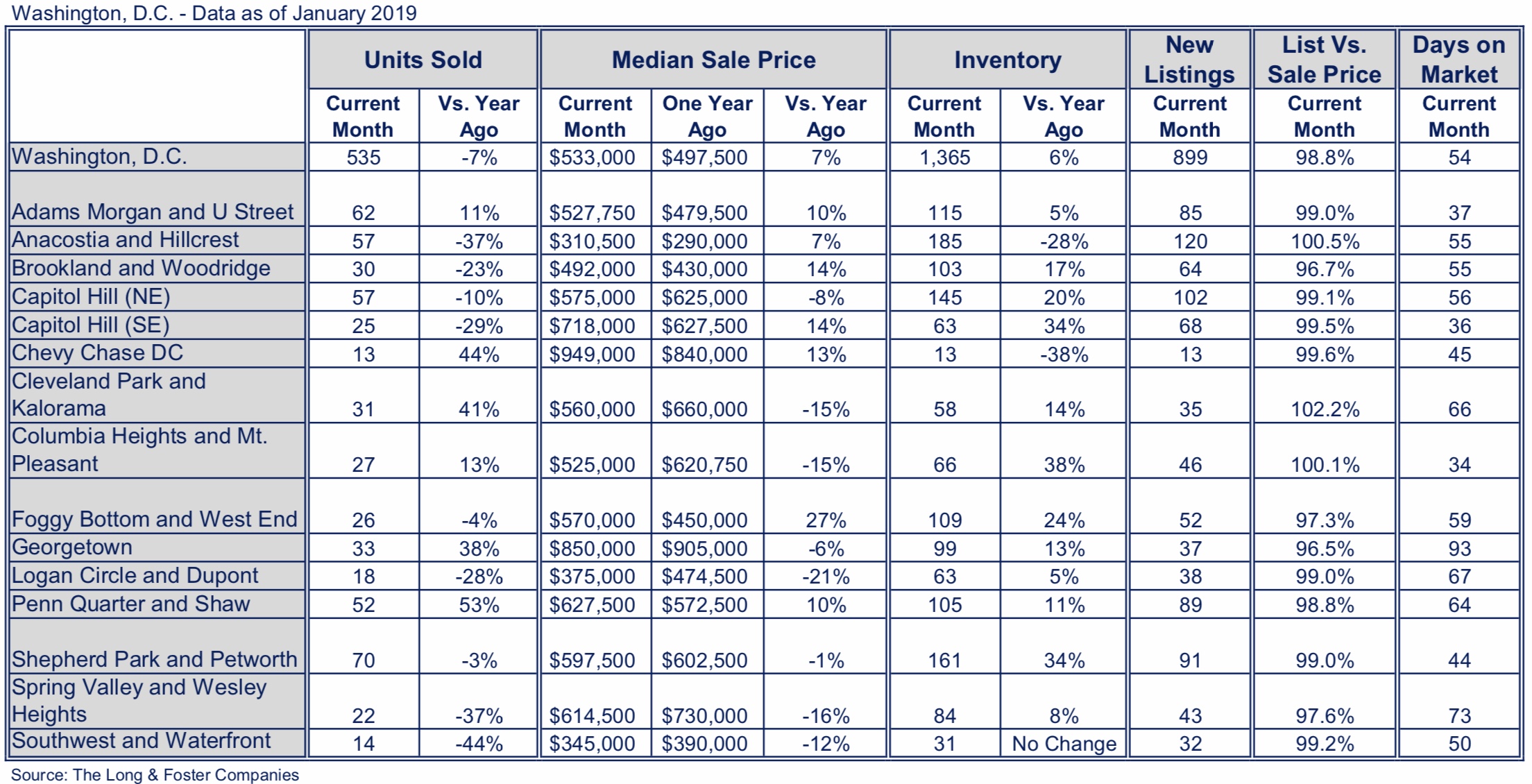 Foster said while they knew the government shutdown would have an impact on sales, it’s likely that it wasn’t as large of an impact as anticipated.

“Another interesting anomaly for January was that inventory has started to slow in its contraction in a lot of places,” said Foster.  “In fact, inventory increased in most areas of D.C. in January compared to a year ago.”

The housing affordability index also improved recently, and Foster noted that while the index has typical seasonal fluctuations, there are three factors that influence those fluctuations.

“The three things looked at in the housing affordability index are mortgage rates, appreciation of homes, and people’s ability to pay – or wages,” Foster said. “When these things come together in the right way, it leads to more affordable housing, though that normally happens this time of year anyway.”

Although mortgage interest rates are expected to increase this year, industry experts lowered their predictions and they continue to remain down.

“I don’t expect that to be a trend moving forward,” Foster said. “We’ve avoided another government shutdown and investors are becoming more confident around U.S./China trade talks. We’ll see money shift out of Treasuries and into equities, which will cause the yield on the 10-year Treasury bond to go up within the next few weeks, unless something else happens in the world economy.”

The number of homes sold declined by 5 percent in Washington, D.C., in September, while median sale prices increased by 3 percent, according to Long & Foster Real Estate’s Market Minute report.

The number of homes sold rose in many parts of the Charlottesville region in January, according to the Long & Foster Market Minute report.