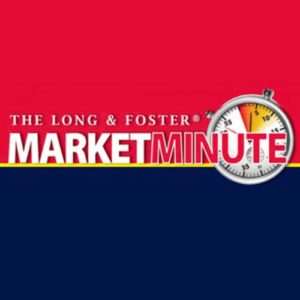 Overall, Washington, D.C., experienced a year-over-year decrease in the number of homes sold and an increase in median sale price in March. Active inventory fell by 12 percent in the Washington, D.C., area compared to the same month in 2013. March data also shows that in most neighborhoods homes are selling in about six weeks on average. Many individual neighborhoods in the city, however, continued to outperform the District as a whole. 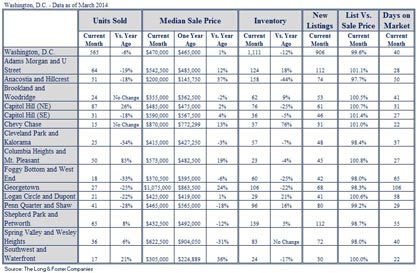 “Though the housing market got a slow start this year after a harsh winter, we’re beginning to see some positive trends happening in the real estate market, including in the Washington, D.C., region,” said Jeffrey S. Detwiler, president and chief operating officer for The Long & Foster Companies. “In many places we’re seeing homes sell quickly and increases in median sale price. Now that the temperatures are heating up, we expect to see many continued improvements in the market.”