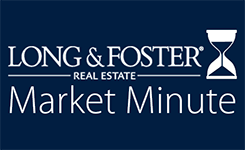 Median sale prices rose in a few areas of the Hampton Roads region last month compared to April 2016, with Norfolk City seeing an increase of 5 percent. Chesapeake City experienced a 4 percent increase in median sale price, while Virginia Beach City saw no year-over-year change. In Hampton City the median sale price decreased by 3 percent, and in Newport News City, it fell by 7 percent.

Many areas continued to see homes selling at a steady pace in April. In Chesapeake City, the days on market (DOM) average was 61 days, followed by Virginia Beach City with a DOM average of 64 days. Homes are selling in about 86 days on average in Newport News City and in Norfolk City, the average DOM was 87 days. In Hampton City, the DOM average was 99 days.

“April was a solid month at Long & Foster and, despite the lacking inventory that most areas are experiencing, we saw numerous positive indicators of growth in the real estate market, including in the Hampton Roads region,” said Jeffrey S. Detwiler, chief operating officer of The Long & Foster Companies. “Market conditions are creating a lot of competition for homes, but we know our family of experienced, professional agents can help homebuyers succeed in finding not only a place to live, but a home they’ll love.”

The Long & Foster Market Minute reports are available at www.LongandFoster.com, and you can subscribe to free updates for the reports in which you’re interested.    Information included in this report is based on data supplied by the Real Estate Information Network, which is not responsible for its accuracy. The reports do not reflect all activity in the marketplace. Information contained in this report is deemed reliable but not guaranteed, should be independently verified, and does not constitute an opinion of REIN or Long & Foster Real Estate.